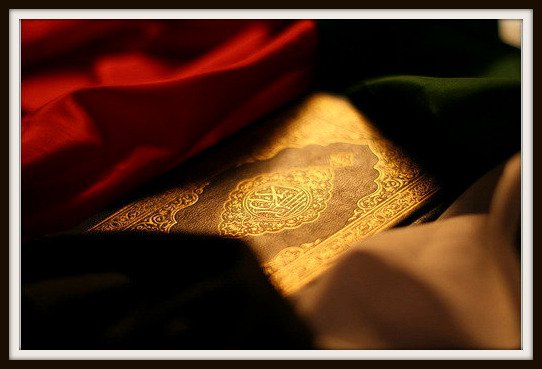 As Read by Dr. Saleh as Saleh

Al-Hamdulillaah (All-Praise is due to Allah), the One Who said (what means): “And in truth We have made the Qur’aan easy to remember; but is there any that remembers?” Surah 54: 32

Many all over the world memorize the Qur’aan, and it is not strange to see the youth memorizing the Noble Qur’aan and an early age. Al-Hamdulillaah, the One who made the Qur’aan easy for remembrance, had made it easy for Umm Saalih age 82. In an interview with Umm Saalih, she was asked the following questions:

Q1: “What was the reason that drove you to memorize the Qur’aan after so many years?”

She said, “I always hoped to memorize the Qur’aan from the time I was young. My father always used to invoke Allaah for me to become one of the memorizers of the Qur’aan, like himself and like the elder brothers of my family who memorized it. So I memorized in the beginning about three parts and then after I completed the age of thirteen, I got married and became busy with the household and the children. After I had seven children, my husband died. They (the children) were all young so I took the time to raise them and educate them, and then after they grew up and got married, I had more time for myself. Therefore, the first thing I directed myself to focus upon was the Qur’aan.

Q2: “Tell us about your journey with the Noble Qur’aan.”

She said, “My younger daughter was going to high school and she was the closest of my children to me and the most beloved, because she stayed with me after her older sisters got married and got busy with their lives, and because she was a quiet girl, upright, loving, and good. In addition, she was interested in learning the Noble Qur’aan, and her teachers encouraged her.

Furthermore, she was very enthusiastic and always told me of many women who were driven by this great motivation to memorize the Qur’aan, and this is where I started.”

Q3: “Tell me about your way of memorization.”

She said, “We assigned ten verses (meaning her and her daughter who was going to high school). So each day after Asr, we used to sit together. She reads and I repeat after her three times. Then she explains the meaning to me, and after a while, she repeats that three times. On the next morning, she repeats them to me before she goes to school.

She recorded also the recitations of Ash Shaykh al Husary, Rahimuhullaah, repeating each verse three times and thus I continued to listen most of the time. Therefore, the next day we would go to the next ten verses if my memorization was good. Otherwise, we would postpone taking additional verses until the day after. Moreover, we assigned the day of Friday to review the memorizations of the entire week. And this was the journey from the beginning.”

Then she said, “Over four years and a half, I memorized twelve juz” according to the way I described to you. Then this young daughter got married. When her husband knew of our task concerning the memorization, he rented a house close to me, close to my house, so that he could allow the continuation of the memorization. In addition, he, May Allah reward him used to encourage us and sometimes sit with us listening, explaining and teaching.

Then after three years of her marriage, my daughter got busy with the children and the household and our schedule was interrupted, but that did not make her give up. To the contrary, she sensed that my eagerness for the memorization was still established so she looked for a special good teacher to continue the journey under her supervision. So, I completed the memorization by the success of Allaah and my daughter is still working to finish the memorization of the Glorious Qur’aan. She has a little left, In Shaa Allaah Ta’aala.

Q4: “This motivation of yours, did it have an effect on other women around you?”

She said, “It really had a good strong effect. My daughters and stepdaughters were all encouraged and worked on learning and teaching the Qur’aan to their children and learning it themselves.

Q5: “After finishing the Noble Qur’aan, don’t you think about working on memorizing hadith?”

She said, “Now I have memorized ninety hadith and In Shaa Allaah I will continue the journey. I depend, in my memorization, upon the tapes and upon the Qur’aan radio station. At the end of each week, my daughter comes and checks for me the memorization of three hadith, and I am trying now to memorize more.

Q6: “Over this period of memorization of the Qur’aan, did your life change? Was it affected in one way or another?”

She said, “Yes, I went through a major change and I tried always, all praise is due to Allaah, to obey Allaah before I started the memorization. However, after I started the task of memorization, I began to feel a self-comfort, a great self-comfort and all worries began to move away from me. I even reached the stage of freeing myself from all these excessive worries concerning fearing for the children and their affairs, and my morale was boosted.

I had a noble objective to work for and this is a great Ni’mah (Favor) from Allaah . upon me, since we know that some women, when they get old and they do not have a husband, and their children got married, may be destroyed by the empty time, thoughts, worries, and so forth. But, AlHamdulillaah, I didn’t go through this and I made myself busy with a great task and a great objective.

Q7: “Didn’t you think at one point, to join one of the circles focusing on teaching the Noble Qur’aan?”

The answer was, “Yes, some of the women suggested this to me, but I am a woman who got used to staying at home, and I don’t like to go out everyday, and Al Hamdulillaah, my daughter sufficed me from all difficulty and I was so happy while I was learning from her. My daughter had set an example in goodness and righteousness which we rarely find in our days.

She started this task and journey with me while she was an adolescent and this is a critical age many people complain of. She used to pressure herself so that she could have spare time to teach me, and she used to teach me with kindness and wisdom. Her husband was a good help to her and he exerted a lot of effort. I ask Allaah . to give them success and to bring their children up on uprightness.”

Q8: “What do you say to a woman of your age who wishes to learn and memorize the Qur’aan yet she is worried about it and feeling unable to?”

She said, “I say to her there their shall be no despair with the firm, sincere and truthful determination. Begin with sincerity, firm determination and dependence on Allaah at each time. And remember that at this age you should have the time for yourself. However, do not use your time to only go out or to sleep and so forth. Rather, busy yourself with righteous work.

She, may Allaah preserve her, said: “Preserve Allaah and He will preserve you. Make use of the favor of Allaah bestowed upon you from health and ways and means of comfort. Use that to memorize the Book of Allaah. This is the light which enlivens your heart, your life and your grave after you die.

And if you have a mother then exert the effort to teach her, and there is no better favor upon a mother than one of her righteous children aiding her to be close to Allaah.”